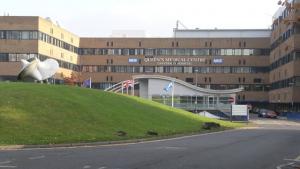 A garage owner in Matlock is recovering in hospital after a car that he was working on crushed him.

David ‘Mac’ Mckenzie, who owns Mckenzie’s Garage, underwent surgery earlier this week (1 September) for the injuries he sustained. The incident took place on Friday 29 August when a vehicle he was repairing collapsed on top of him, leaving him trapped underneath, the Matlock Mercury reported.

The event demonstrates the importance for car garage owners to have engineering inspection cover as part of a combined motor trade insurance policy. This will help ensure machinery is checked regularly and is up to safety standards, which can help to eliminate faults that could result in mechanics getting hurt.

Furthermore, it is wise to have employer’s liability cover as part of an insurance package to offer protection and support should members of staff be injured while at work, something that is more common in this line of work than others due to the fact that it often involves powerful tools and heavy machinery.

According to reports, firefighters from a nearby station attended the scene and lifted the car off Mr Mckenzie. The garage owner was then taken by air ambulance to Nottingham Queen’s Medical Centre.

The garage has remained open for business as usual as Mr Mckenzie makes a full recovery in hospital following surgery.