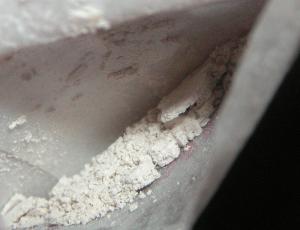 The owner of a car garage in Felixstowe has been jailed for his role in a scheme to smuggle £37 million worth of heroin into the UK.

Attique Sami, 44, has been sentenced to 19 years in jail for his part in the plot, in which the garage owner imported an X-type Jaguar filled with the drug back in December 2013. A court heard that the car, which had been stripped and could not be driven, contained 230 kilos of drugs in 316 hidden packets, with Mr Sami using his business as a front for the import.

A combined motor trade insurance policy is extremely valuable for any garage owner wishing to protect their stock, premises, spare parts and equipment against damage or theft. Needless to say this will not cover the street value of illegal substances, while for a garage owner to have a criminal record at all is going to make it far more difficult for them to obtain a motor trade insurance quote, with brokers reluctant to offer policies to individuals with proven criminal pasts.

The sentencing of Mr Sami at Luton Crown Court follows the convictions of Noman Qureshi from Bradford and Israr Khan from Luton last October. Qureshi, 32, and Khan, 35, were found guilty of trying to supply Class A drugs and jailed for 21 years and 18 years respectively, the BBC reports.

The car was imported from Pakistan and had no ignition, no electrics and could not be driven. Its paperwork said it was on the way to the UK so it could be repaired.