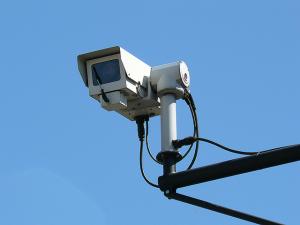 Garage owners in Newcastle-under Lyme are offering a reward for anyone who helps them catch a thief who broke into their premises during a late night raid.

Robert and Ian Johnston run the Newcastle Garage, which was targeted by an intruder on 30 September but the culprit left empty-handed after the alarm was sounded. However, 150 litres of diesel petrol was stolen from a neighbouring pallet company in what is believed to be a connected crime, the Stoke Sentinel reported.

The alarm might have scared the thief off on this occasion but the story shows the value of garages having good quality combined motor trade insurance in place. As well as covering road risks insurance for the mechanics driving customers' vehicles, combined trader's insurance can also provide cover for the vehicles, tools and staff on the site, as well as the premises itself.

Garage owner Ian Johnston has released CCTV images in the hope someone might know something about the two incidents and is offering a cash reward if it leads to a conviction.

He said: "You can see him drive past a few times, checking it out. He parks up and gets his bag of tools out. He walks off then comes back 10 minutes later. He goes to the side, climbs over the wall and onto the portacabin, and jumps down.

"When the alarm goes off, it scares him and he runs back to the portacabin. He climbs over, then casually gets into his car.

"He was cool as a cucumber. He was on his own. He doesn't race off which suggests he could be a career criminal.”