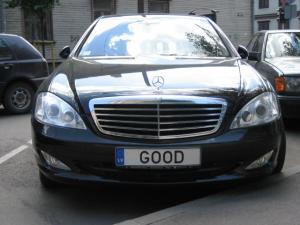 There is always increased car dealer competition at this time of the year when the licence plates change over, according to CarDealer magazine.

The comments come from Simon Henstock, the chief operating officer for BCA, who says that the volumes of stock kept by dealers rise significantly during this period and typically last into early May.

With the renewed interest in the new car market during the licence plate change over time, you may be thinking of adding more stock to your showroom to meet the increased demand. As part of this process, all car dealerships should ensure they regularly update their motor trade insurance.

Mr Henstock adds that there is always an increase in part exchanges around this time of the year, so it’s important to think like a buyer when selling vehicles. It’s vital as well to ensure that any modifications to the base-spec of cars is highlighted prominently to give dealers an edge.

He goes on to say that if the V5C, MOT and service history are known, then they should all be trumpeted as additions when remarking a part-exchanged car. A full-service history goes a long way to reassuring customers that the car has been well looked after and that the warranted mileage is correct.

Mr Henstock also says that car dealers should also be aware of any missing sundries when taking in vehicles on a part-exchange basis. Missing manuals, radios, and spare wheels, to name but a few, are all annoyances to potential buyers, so car dealers should be inspecting every vehicle they take in as standard practice. Otherwise, it’s only going to cause a headache later on down the line.