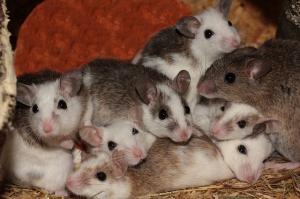 A car repair shop in Kent has had a strange surprise as it found a mice nest within a customer’s vehicle.

Harding Motors in Kemsing had received a call from a concerned driver whose heater fan had stopped working. When mechanic Jeremy Jeffery investigated the problem he made an unlikely discovery as he came across the small rodents’ nest as well as their winter supply of nuts.

Motorists face many hazards when they are behind the wheel, but pest-related breakdowns are one of the more rare ones. Nevertheless, for mechanics who need to drive other people’s vehicles as part of their business, it is essential they have a road risks insurance policy in place so they are covered against a range of problems they could encounter when on the roads.

Speaking to the Sevenoaks Chronicle, Mr Jeffery said: "To my surprise, as I took out the cover for the fan housing, I was greeted by a stream of beech nuts that seemed to just keep pouring out.

The car had reportedly not been driven in a couple of months, in which time around six litres of nuts had been stored under the bonnet.