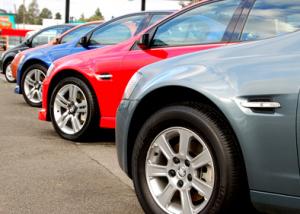 Car dealership chain Lookers wants to double the size of its business in Yorkshire and is therefore looking to acquire new premises, according to a report in the Yorkshire Post.

Dealerships are being sought in York, Sheffield, Harrogate, Leeds, Wakefield and Bradford, according to Andy Bruce, the dealership's chief executive. He told the newspaper that Lookers has big ambitions in the county: "Yorkshire is about five per cent of our business and our goal is to get to 10 per cent. We sell 10,000 new and used cars a year in Yorkshire and we’d like to double that figure. We are looking at big cities. We don’t want to be in small towns.”

When a motor trader expands its businesses, adding premises or stock, it's important that it keeps its motor trade insurance and road risks insurance policies up to date to protect its growing businesses from unexpected losses.

Mr Bruce went on to explain that the new car market is on the up and could even reach an "all time high" this year. He stated: “I think the market could hit an all-time high this year. Over the last 15 years the average new car registration was 2.4 million a year. We’ve now got a higher population and GDP has grown. I think it will hit three million over the next few years."

He continued to talk about how the chain would like to particularly focus on selling Volkswagens, in light of the good deals the marque is making available following its emissions scandal, which Mr Bruce claims has already "come and gone".

He continued to suggest that finance deals were growing in popularity among consumers, with people no longer feeling the need to own their cars outright. “People used to talk about cars being a big ticket item, but it costs just £6 a day — it’s the price of a coffee and a sandwich. £6 a day is hard to beat," he told the newspaper.