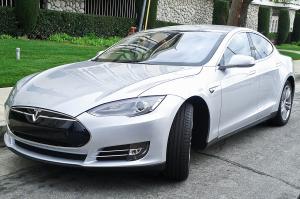 A luxury electric car has emerged as the least likely to depreciate in value over the past year, according to a new report.

CAP, which tracks used car values, said that the £60,000 Tesla Model S lost value more slowly than any other model in the last 12 months. It found that the resale value of the car had remained static, which it noted was “highly unusual”.

When looking at your motor trade insurance, it’s always essential to check you have sufficient cover for the value of the cars you are selling. If you handle a bigger volume of high value vehicles, it is worth looking at the level of coverage you have and whether you need to upgrade.

CAP, which produces the Black Book guides to used car prices, found that the Tesla Model S was benefiting from owners who were passionate about electric vehicles and also the increased infrastructure that is now available for electric car charging.

CAP’s Jeff Knight said: “The Tesla is still, relatively, rare in the UK and most are bought new by passionate enthusiasts or business fleet buyers.

“This means that secondhand examples tend to be fitted with between £10,000-20,000 worth of optional equipment. This helps the Tesla hold its value on the used car market. At Black Book, we have held Tesla values static for a year now, which is highly unusual.”

He said the model was one of “smartest investments” for motorists seeking an environmentally-friendly executive car.