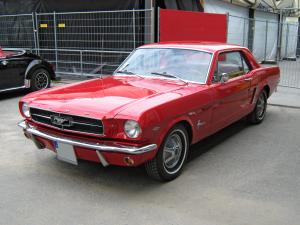 A mechanic has spent 28 years meticulously restoring one of Britain's first Ford Mustangs after purchasing it from a friend in 1964.

Frank Middleweek from Woodford, Essex, is the proud owner of one of just three pre-production 1964 Mustangs shipped to Dagenham to promote the car's launch.

The 69-year-old has revealed he was the only person to notice that the car's production date was 5 March. “According to Ford they started making the cars on March 9th so I decided to do more research, I knew it was something special," he told BT.com.

The iconic Ford indulges Frank's love for classic cars, which demand extra care and attention during the restoration process. Should such a vehicle ever be taken to a motor trader or professional mechanic, the business might even find itself in need of a particular type of road risks insurance to ensure that it could be driven during the restoration.

During the 28-year process, Frank worked hard to collect original 1964 Mustang parts, as well as the original paperwork to help him establish its origins and history. “I stayed faithful to restoring the original vehicle, I got the factory assembly manual so every nut and bolt is correct," he continued.

Two other pre-production Mustang models remain in the UK, but Frank believes his is the only one to be restored with parts from the era in which it was made, giving it an estimated worth of £100,000.