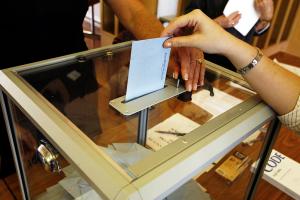 A recent poll of UK car dealership staff has found that the majority want Britain to leave the European Union, although there is still some uncertainty about the impact this might have on the market.

The latest poll was carried out by showroom management system provider Dealerweb, which questioned 300 UK dealership senior managers, sales managers and showroom staff about their attitudes towards the impending EU referendum, taking place on Thursday 23 June 2016.

The results of the survey showed that 58 per cent were planning to vote 'Leave', while 49 per cent said they expected the UK economy would benefit from a Brexit.

Whichever way the country votes on Thursday, and whatever the impact on car sales, it's vital that UK car dealership managers update their motor trade insurance and road risks insurance policies to cover their current stock levels and premises.

In addition, some 21 per cent said they remained uncertain as to the impact a vote to leave would have on the economy as a whole. This uncertainty translated to 17 per cent of the respondents claiming they were still unsure as to which way they will vote on 23 June.

James Hill, the sales operations director at Dealerweb, said of the survey results: “While the survey suggests the majority of sales staff are in favour of a British exit [Brexit] from the EU, there remains an atmosphere of uncertainty over the impact that Brexit could have on the UK automotive industry and the wider economy.

“Whichever way the vote goes, UK vehicle sales are very unlikely to be substantially affected in the short term, but there may be wider implications for the automotive retail sector further down the line.”