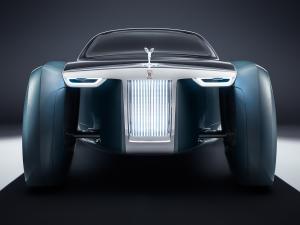 Rolls-Royce has stepped into the world of driverless vehicles with a new Vision Next 100 concept car aimed at “the most discerning and powerful patrons in the world”.

The new concept car, codenamed the 103EX, is said to produce zero emissions and features a silk-lined “ivory-coloured luxurious throne” from which the owner and their passengers can sit back and relax as they are driven to their destination without needing to use a steering wheel. Rolls-Royce said that the design of the car “rejects the notion of anonymous, utilitarian and bland future modes of mobility”, although some critics have already said the car is lacking in beauty.

As cars with autonomous features become more and more popular with drivers, UK dealership owners may want to increase the number of these cars on their forecourts. In light of this, it is extremely important that they keep their motor trade insurance and road risks insurance policies up to date so that all new quotas are completely covered.

The new 103EX concept car features a virtual assistant called Eleanor — based on the actor Eleanor Thornton who also inspired the company’s iconic ‘Spirit of Ecstasy’ bonnet ornament. The virtual assistant, which is packed with artificial intelligence programs, will behave much like a concierge, according to Rolls-Royce, reminding passengers of upcoming meetings and bringing the car around to meet them before and afterwards.

Furthermore, the space normally taken up by a Rolls’ 12-cylinder engine has given way to large compartment for luggage and other items that automatically opens on arrive at a destination.

Rolls-Royce refused to say how the vehicle would be powered, nor how its odd wheel rim design would cope with speed bumps or other obstacles in the road. However, as the car won’t be released until the 2040s, the company has plenty of time to iron out the details.