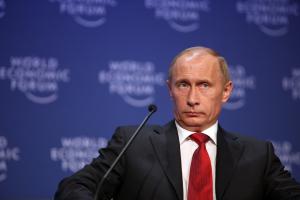 UK car dealerships will be alerted by the news that Russia could ban imports from the West if more sanctions are applied on it over the ongoing crisis in Ukraine.

Russian President Vladimir Putin has responded to Western powers’ tightening sanctions on the country by stating he would impose sanctions of his, this time stopping car imports into the Eastern European superpower. With the UK playing an increasingly active role selling vehicles across the rest of Europe, the news that Russia was cutting off this revenue option will come as important news, particularly among the bigger companies who are active in this area.

For those companies involved in importing or exporting vehicles it is important they ensure they have valid motor trade insurance, with certain elements of the policies being restricted to a specific country.

Commenting on the news coming out of Russia, Joerg Schreiber, chairman of the Association of European Businesses' Automobile Manufacturers Committee, told Reuters: "We are seriously concerned. We hope that the Russian government will think twice before taking any such measures as they would hurt all manufacturers."

The West accuses Russia of arming separatist rebels in Ukraine, an allegation Moscow denies. Western governments have imposed sanctions on Moscow, including on its financial and energy sectors, and Russia has already hit back by stopping imports of many food products, now threatening to add cars to the list.