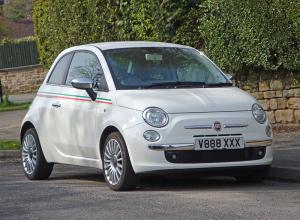 A teenager’s dream of buying her first car has turned into a nightmare after the vehicle burst into flames just weeks after she bought it.

Georgie Hunter, a 19-year-old from Edinburgh, bought a three-year-old Fiat 500 Pop with 24,000 miles on the clock from Arnold Clark Seafield for £6,000. However, weeks after buying the vehicle, she was alarmed to look out her window and see the car – which she had been driving just hours before – engulfed in flames. An insurance investigation found the blaze was the result of an electrical fault.

This story illustrates that things can go wrong even for the most diligent of dealerships and there is a chance that a customer could still drive away in a faulty car. Thankfully, as part of a combined motor trade insurance policy, most insurers will offer product liability cover under the public liability section that can protect against this kind of risk.

However it is important to remember that it is the trader’s responsibility to ensure that vehicles are fit for the road as there are conditions laid out by most insurers that pre-sale checks are carried out on vehicles prior to sale to minimise the risk of these circumstances arising.

Speaking to the Edinburgh Evening News, Ms Hunter described the event as “absolutely terrifying”. She added: “If that would have happened while I was driving, I could be dead.”

A spokeswoman for Arnold Clark said the dealership was currently in the process of resolving the matter.