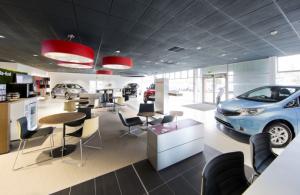 Although the UK car market has grown steadily in the first six months of 2016, June saw a small drop in demand, according to the latest figures from the Society of Motor Manufacturers and Traders (SMMT).

In 2016 to date, some 1.42 million cars have been sold, which represents a 3.2 per cent rise and, in terms of units sold, is the best six months the industry has ever recorded in the UK. However, the number of new car registrations fell by 0.8 per cent in June, comprising a 4.5 per cent fall in private registrations and a 4.5 increase in fleet registrations.

Car dealers may see these results and decide to increase their fleet vehicle sales or even move into the this area of business the first time. However, it's vital that they update motor trade insurance and road risks insurance policies to make sure their insurers are aware of any change in business or stock offering.

Although the result for the first half of the year are very strong, the SMMT chief executive Mike Hawes said that the fall-out from the Brexit vote and the knock-on impact on the economy is not yet fully known.

He commented: "It is far too soon to determine whether the referendum result has had an impact on the new car market. The first six months saw strong demand at record levels but the market undoubtedly cooled over the second quarter. It’s important government takes every measure to restore business and economic confidence to avoid the market contracting in the coming months."

Industry insiders claim that the cooling off seen in June was natural after a period of such growth in 2015 and the first half of 2016.