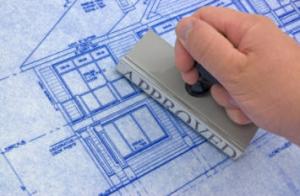 A used car dealer will be hoping his business heats up after announcing his plans to transform a 115-year-old fire station into a new showroom.

Mark Wittey is aiming to transform a 19th century fire station in Kings Road, Chingford into a car dealership in a bid to compete with cheap offers for new vehicles. Near the top of his to-do list will be to obtain a motor trade insurance quote to see how much it will cost to get protection for all the cars, parts and equipment on site, not to mention for the building itself, should any of these assets be damaged or stolen.

Mr Wittey has been in possession of the building, which dates back to 1899, for eight years since he took over the business established by his father, Peter, 20 years ago. However, while the rear of the premises was used to sell cars, the front of the building had gone unused - now Mr Wittey is spending £15,000 on transforming it into a new showroom and office, This Is Local London reported.

He hopes that by bringing the main part of this historic building into use he will boost the reputation of his business, and in turn attract more customers, a bit like the Ghostbusters did, if you will. The car dealer explained: "The aim is to open the business up and make it accessible from King's Road as we are currently stuck at the back and it's not ideal."

The car dealer added that he hopes having a more established and grand-looking premises will help dispel any misconceptions of used car traders as wheeler dealers.