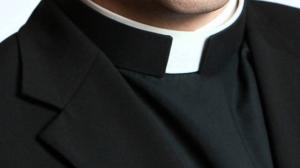 People would be more likely to trust a vicar than a car mechanic when it comes to buying a used car, a survey has revealed.

A study by HPI found that a quarter (25 per cent ) of people in the UK would be happy to buy a used car from a man of the cloth, compared to just 19 per cent trusting mechanics. Police officers were seen as the most trustworthy (51 per cent) while, conversely, builders were seen as the least trustworthy people to purchase a used vehicle from, with just one per cent of respondents saying they would be happy buying from someone in this profession.

Reputation is everything in the motor trade industry so maintaining a business' honesty and professionalism is extremely important. Nevertheless, regardless of how diligent a car seller or repairer is, mistakes can still occur, which is why the safety net provided by motor trade insurance is so valuable to protecting a business.

HPI's survey found that doctors only scored 15 per cent for trustworthiness. Lawyers and accountants also fared badly, with a score of six per cent, while teachers managed a more respectable 12 per cent. Just behind police offers at the top of the list were members of the Armed Forces at (47 per cent) and nurses at 39 (per cent).

Neil Hodson, managing director for HPI, commented: "It seems that used car buyers need to remember the old adage ‘don’t judge a book by its cover’.

"It’s important to remember that unscrupulous sellers will do whatever it takes to con innocent used car buyers out of their cash, including impersonating people in authority. That’s why we advise car buyers to use their head, not their heart when buying a used car."