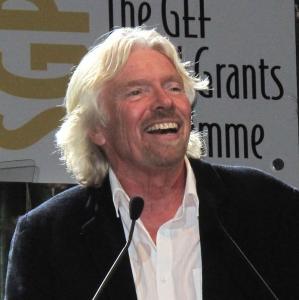 Virgin CEO Sir Richard Branson has announced that his company is exploring the possibility of making electric cars.

Speaking to Bloomberg, the billionaire entrepreneur said that Virgin could throw its proverbial hat into the ring and build a challenge to Elon Musk's electric car making firm Tesla. At present the company covers everything from airlines to music stores, mobile phones and spaceships but Branson also said that Virgin has "teams of people working on electric cars".

The electric market has been earmarked as a major area of growth within the automotive industry in coming years. For dealerships and garages it is worth ensuring that their staff are able to drive electric cars as part of the business' road risks insurance policy, should the company wish to stock or repair this specialist type of vehicle.

Branson's company already has the Virgin Racing team, which has competed in the all-electric Formula E race that involves battery-powered cars. About making electric cars for consumers, he said: "You never know, you may find Virgin competing with the Tesla in the car business as we do in the space business. We will see what happens."

Virgin Galactic is a commercial spaceflight company that competes with SpaceX, which was founded by Tesla CEO Elon Musk. However, despite being a close competitor, Branson was very complementary of his close rival, telling Bloomberg: "Tesla is as sexy as any other car on the road today."

There are also rumours that tech giant Apple could soon be entering the electric car market.