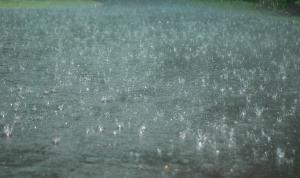 Nearly one in five businesses operating vehicle fleets were adversely affected by the floods which swept across Britain at the start of the year, new figures have shown.

According to a three-week long poll by comparison website TrackCompare, 18 per cent of fleet users said that the winter floods had impacted upon their business. The Federation of Small Businesses (FSB) has estimated that the average cost to each business in flood-hit areas was £1,531, adding that the bad weather cost small firms in the UK a total of £830 million.

The floods damaged a great number of businesses across all sectors, particularly in the south of England, including many car garages and dealerships that had their premises flooded and vehicles damaged. A combined motor trade insurance policy could ensure your premises are covered against flood damage, so if this is a risk that your company faces it is well worth exploring this type of policy with experts such as Bollington to see if cover can be provided.

Staff absences, flooded offices, damaged premises or static transport saw some businesses grind to a halt in the first two months of 2014. Those operating vehicle fleets and relying on open transport routes were some of the worse affected. As such, in addition to fleet insurance which will protect fleets of vans or cars on the road, companies like this might want to consider business interruption insurance to ensure that costs are kept to a minimum when unavoidable disasters like flooding impact on their business.

Commenting on the findings of TrackCompare's research, company director Kjell Anderton said: “We received a range of comments from respondents. One fleet operator told us he’d lost more than £80,000, which he blamed on the Government for poorly maintained flood defences.

“And, a self-employed courier said he’d ‘lost a lot of money’ because he couldn’t get to his delivery points.”