'Cybercrime' has become something of a buzzword in recent years - but what exactly is it?

As The Guardian reports today that UK fraud topped £1bn last year - largely following a surge in cybercrime - the increasing prevalence of this threat is all too apparent.

With a huge amount of information now stored in databases and on computer servers, cybercrime is one of the fastest growing areas of criminal activity. Because such information has tangible value, hackers are constantly looking for ways to steal, manipulate or destroy it.

Cybercrime can be defined as any crime where:

Understanding the various types of cybercrime can help in identifying and planning for a potential cybercrime against your organisation.

1. Obtaining national security information
2. Compromising confidentiality
3. Trespassing in a government computer
4. Accessing to defraud and obtain value
5. Damaging a computer or information
6. Trafficking in passwords
7. Threatening to damage a computer

Review Your Risks and Cover Options
Cybercrime could cripple your company, costing you considerable sums of money in lost sales, damages or sanctions. A good place to start in assessing your risk is our Cyber Risk Exposure Scorecard. With 20 simple questions to answer, you can quickly see where your biggest threats and exposures might lie.

You can also download our Cybercrime whitepaper to find out more.

If you wish to insure your business against cyber risk, please call us to discuss your options. We are happy to look at your specific circumstances and advise accordingly - without obligation. 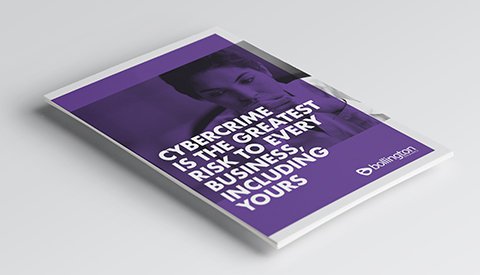