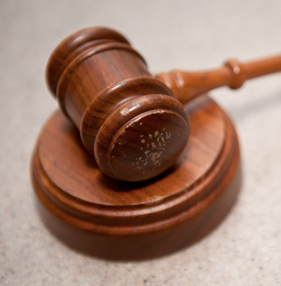 A reason for the significant increase is that, in February 2016, the new guidelines from the Sentencing Council came into force. These amendments dramatically increased fines for corporate manslaughter, food safety and hygiene offences, and health and safety offences. Within the first year, the amount that the HSE collected in fines increased by 74 per cent, and local authority fines rose by a massive 1,870 per cent.

The industry sectors most affected by the new Sentencing Council guidelines have been manufacturing and construction. In fact, the value of fines collected from the manufacturing sector in 2016-17 was £22.8 million, a 99 per cent increase over the £11.4 million in 2015-16.

Construction fared slightly better—jumping 83 per cent from £7 million in 2015-16 to £13 million in 2016-17, and representing 21 per cent of the overall total fines imposed by the HSE in 2016-17. What’s more, there have been more fines that exceed £1 million in 2016-17 than in the previous 15 years combined. This statistic, more than any other, illustrates the trend of higher health and safety fines.

Even though these statistics are startling, there are proactive measures that your organisation can take to ensure that you are protected and compliant. The most straightforward of these is to conduct a thorough annual risk assessment for each process and department within your organisation.